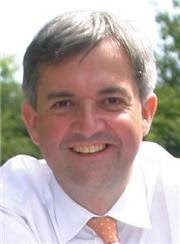 "The Scottish Liberal Democrats are a Unionist Party, and the Scottish Parliament has a clear Unionist majority."

"We want a stronger Scottish Parliament; a Parliament with revenue raising responsibilities, with the greater powers needed to build the Scottish economy and boost Scottish jobs. We can't go on with a Parliament that just spends money given to it by another government."

Clear as mud then.

Harvey Two Face was pleased at how his new job as Nicol's spin doctor was playing
# posted by MisterInquisitor @ 11:46 AM 0 comments

Still going down the toilet

Just when Ming thought he had escaped talk of leadership worries up pops John Farquhar Munro to stick another knife in:

LIBERAL DEMOCRAT leader Menzies Campbell has suffered another challenge to his authority after one of his party's MSPs said he should be replaced by Charles Kennedy.

John Farquhar Munro, MSP for Ross, Skye and Inverness West, said Campbell had not been a success as leader as he was "not a good people person". He added that he would sign Kennedy's nomination papers today if asked to.

Asked if he now believed Kennedy should replace Campbell, Munro said: "Yes I do, but after the next election," adding: "However, I would sign his nomination papers now, if he wanted it."

On the differences between the two Scottish LibDem MPs, he said: "Charles seemed to attract the electorate, but Ming is different. The main difference is not policy or promotion of policy, it's PR. Ming is not a good PR man, he is not a good people person."

Asked if he thought Campbell had been a success as leader, he said: "No, I don't think so. I don't think he has been the sort of enthusiastic, firebrand leader that we have needed at this time." 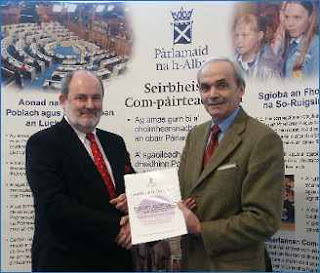 John was so desperate to get rid of Ming he even signed Charlie's nomination papers in Gaelic...Swahili, French, German, Dutch...
# posted by MisterInquisitor @ 11:38 AM 0 comments

When Tim Reid wrote this did he fall asleep and dream Ming Campbell made a barn stormer speech? Because I certainly did when I started listening to it. Well fall asleep that is. I actually dreamt about being attacked by rubber bar charts and woke up in a cold sweat.

But never mind all that. Tim does provide us with some interesting information that recalls the heady days of Fib Dem arrogance when they thought calling others xenophobes and anti-English would win them votes.

It's all a bit undermined when you read this section:

"It makes you wonder why we bother coming down to these English conferences at all," one Scottish delegate moaned.

And given that the leader's chief of staff, Ed Davey, described anywhere outside London, including Edinburgh, as "the sticks" fewer may bother making the trip next year.

But with the FibDems being FibNats it wouldn't be like them if they didn't practice a bit of Fiberal Unionism as well just so they could keep their end up in that direction. As Tim writes:

But after Sir Ming's apparent contempt for what he describes as the 'cosy consensus' between Labour and the Tories, one that he insists the Lib Dems are going to fight against, some were left wondering what that made their talks in Scotland.

The Lib Dems say there is an important distinction. The talks between Nicol Stephen, Wendy Alexander and Annabel Goldie are based on "constructive co- operation" apparently rather than cosy consensus, they say.

Hmmmm, yes. I believe that is being called "caught out" once again.

The conference just keeps on getting worse for Ming Campbell. Channel four’s fact checker gave one of their worst ratings ever, after looking over Ming’s claim that their tax policy would help 90% of households. After examining their outrageous and absurd proposals Channel Four said:

There just isn't the evidence to back it up - and with the IFS, the country's most respected independent financial thinktank, unable to see how the necessary calculations could be done - there isn't likely to be any time soon.

Well it looks like the Liberal Democrats have been caught in the act again. 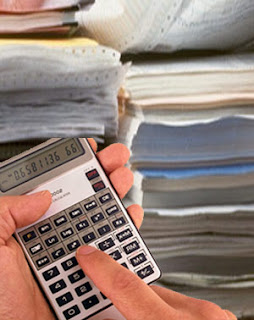 Calculators have never proved a popular item at LibDem conferences

Ol’Squealer was happily snoozing through the recess when he was rudely awakened by Ming Campbell imploding in grand fashion at the Fib’s annual conference in Brighton. So loud was the commotion it was covered here, here, here, here and pretty much everywhere – Squealer gave up counting the articles.

The cause of the commotion – Ming hilariously confirming what we already know – he is a failure. It was just better to hear him say it for himself. Even Kennedy was keen to get a boot in when:

Asked if he thought conditions were "harder" today than when he was leader and the party was doing better in the polls, he said: "No, I don't think so. There's nothing that has come as a surprise. It is nothing that should be fazing us at the moment."

Ouch – and to continue the gaffes the Ming confused Italy, with India and the conference staff spelt his name "Sir Menzeis Campbell”.

Squealer honestly, in his wildest dreams, could not imagine a better Lib Dem conference. And to top it all off – Ming gets this picture taken… 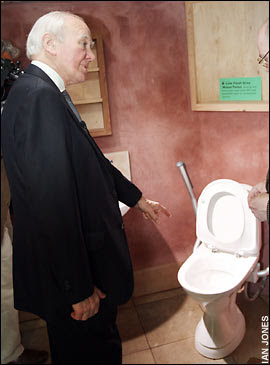 Ming showed us his political future

Liberal Democrats - A party of the people, for the people?

Squealer snorted again with delight this morning after reading what the leader of Edinburgh City Council wants to do to separate her from the ‘hoi polloi’. Finally the truth from the Fibs about what they really think of the citizenry (or subjects?). Jenny Dawe, the leader of Edinburgh City Council, and a Liberal Democrat (Aristocrat?) said, "…there are important civic occasions when I feel it would be important to set us apart from the hoi polloi".

As a part of the hoi polloi Squealer is as disgusted as everyone else by this rare truthful admission from the Fib Dems. Apparently to the Lib Dems some animals are more equal than others.

Naturally and rightfully this has sparked outrage – the Fibs want to play expensive dressing up while they close schools all over Edinburgh. 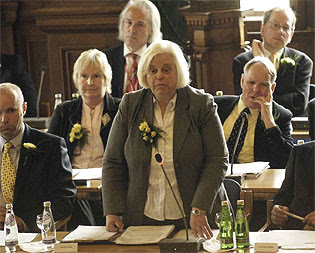 It has been a long and lazy summer for Squealer. However since recent events, being so cleverly predicted by the pundits on these pages, have started to come to fruition, comment must be made.

It looks like the knives are out, yet again, for both leaders of the Fibs. First for ol’Ming and more pertinently for Scotland, Nicol ‘who’ Stephen. It seems that Charles Kennedy won’t quell rumours of his return and Marilyne MacLaren who is presiding over the closure of many schools in Edinburgh, is keen for Nicol to go and Ravishing Tavishing Scott to take over.

This may come as a surprise to some, but not to us, as we reported these not so hidden tensions long ago. If they think the summer was bad, Squealer suggests it may be the winter of their discontent as well. 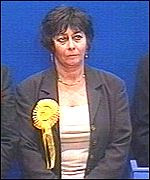